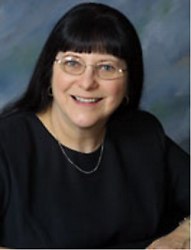 Frances Kirschner,
president of Frantasy Enterprises, LLC,
a public relations firm in Lakewood, N.J.Frances Kirschner entered the field of public relations in 1976 when she began writing press releases for teachers and programs in the Lakewood schools. Later she wrote and coordinated all the publicity for the entire district. Ms. Kirschner also wrote for the superintendent of schools and published a bimonthly newsletter for the Board of Education until 1999.In addition, she created and marketed Frantasy Workshop, a company that created and sold social expressions, the children’s book Nosey Notes, and audio cooking cassettes. Her materials were sold across the United States from 1979 – 1999.From 1993 to 2001, Ms. Kirschner was the editor of Pro Bono, a classical newsletter for Latin and Greek high school teachers and college professors.Besides her expertise in writing press releases for clients in many industries, Ms. Kirschner is experienced in proofreading, copyediting, and writing newsletters. She copyedited and proofread Visions, a magazine for the product development industry. Ms. Kirschner wrote the quarterly newsletter of the Lakewood UEZ for seven years and was also a proofreader for the magazine HR Innovator.Frances Kirschner holds a B.A. in Classical Latin and English; and two masters’ degrees, one in Human Development and another in Administration and Supervision. Ms. Kirschner is also a certified trainer in the 4-MAT System, Teaching Model.

2015 – Inducted into the Lakewood High School Hall of Fame

Citizen of the Year (2003), Lakewood Chamber of Commerce