After Thomas Cartnick, age 10, hit a home run AND the Harmony Bank sign at Holbrook Little League Field, Jackson, he won a $100.00 from Harmony Bank, with headquarters in Jackson.

Harmony Bank provided Holbrook with a loan to assist in the construction of their new building, which will house indoor batting cages, meeting rooms, and a concession stand.

Harmony Bank, 2120 West County Line Road, Jackson, was founded in 2008 to provide the Lakewood and Jackson communities the same services offered by the national banking giants, but with more of the attentive, local and personal attention that comes from being a community bank. 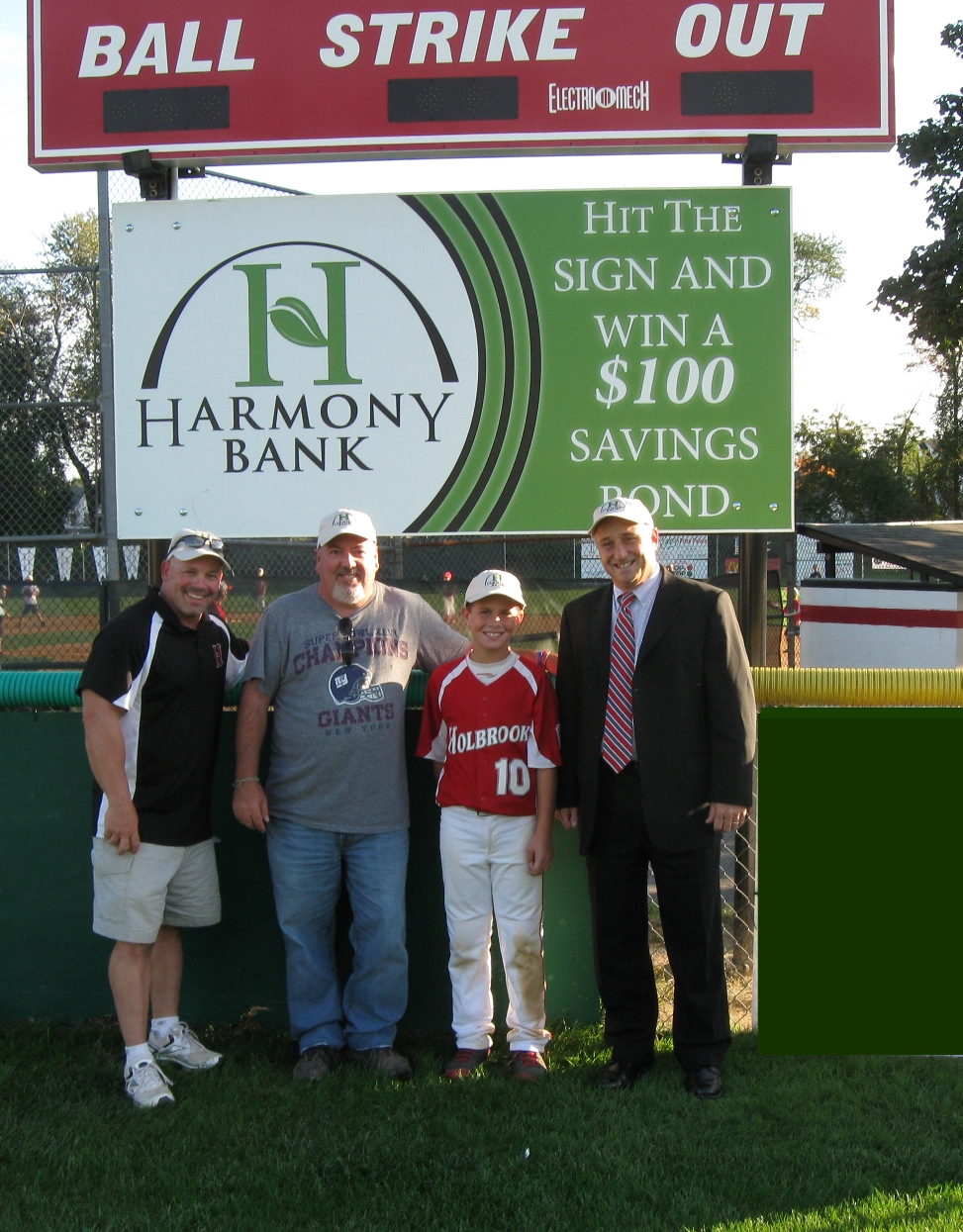